Nait bear has been part of the NAIT family for a long time so it only seemed right that he should be part of the 30 years of treatment celebrations held in New York in March of this year.  As well as hearing about all the developments over the years in the treatment of neonatal-alloimmune thrombocytopenia, NAIT bear got to meet the wonderful doctors involved and lots of lovely families from all over the United States.

The bear was pretty relaxed on the flight from London and he certainly enjoyed the inflight entertainment.  He stayed awake for the whole flight as he was so excited to get to New York and have a look around. 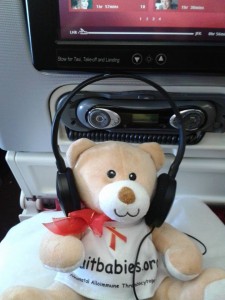 Nait Bear is a very loveable chap and he took no time in making friends with all of the lovely air-stewardesses on the flight.  He asked very nicely if he could have his photo taken with all of them! 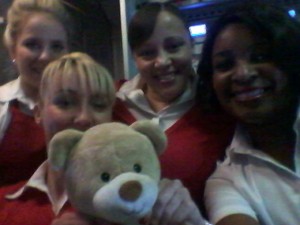 He was even allowed to help the pilot and co-pilot fly the plane! 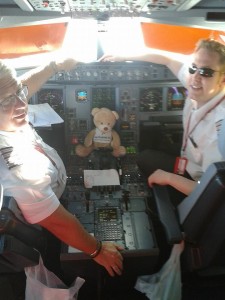 When we all got to New York, Nait bear was really excited to see the hotel where we were all staying.  It’s a good job he isn’t scared of heights, as we were very high up.  He liked looking out of the window over New York.  He could just about see the Empire State Building from the hotel. 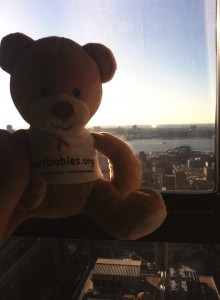 Nait bear loved New York and he really got into the spirit of things – he had a great time on the night out partying with everybody! 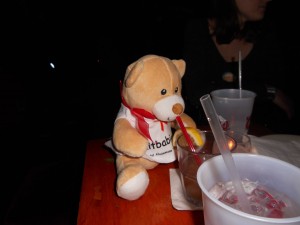 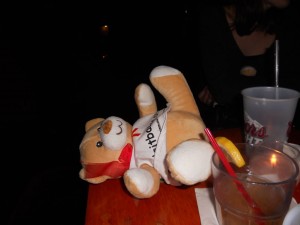 As Nait bear had some time before his flight home, he chose to spend the day sightseeing with Louise, Rachael, Stacy, Thea and Becky.  He went on the subway where he helped Becky and Thea read the very confusing map. 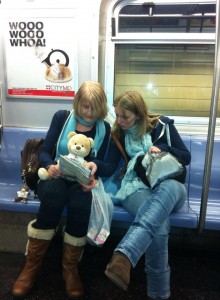 Nait bear was very excited to meet two real-life policemen from the NYPD. They were very kind and were happy to have their photo taken with everybody. 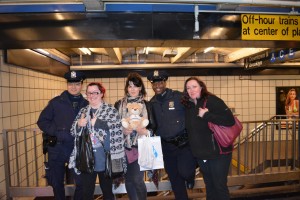 Nait bear showed once again how brave he was when everyone went up the Empire State building. Rachael and Stacey were clearly having trouble being up so high.  Nait bear managed to calm them down and tell them that they were very brave too! 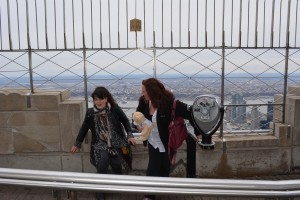 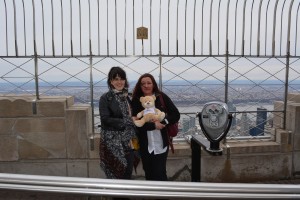 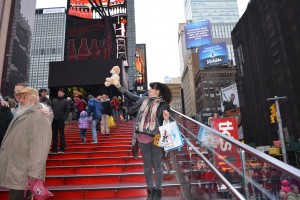 On his return however, Nait bear was pleased to discover that he was going to be spending the weekend with Ethan.  Ethan loves playing and dancing to music and was really happy to take Nait bear to his Monkey music class to meet all his friends.  Nait bear even met Monkey who is in charge of the class.  Nait bear helped Ethan to play his drum. 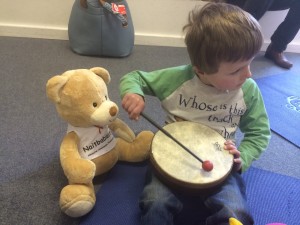 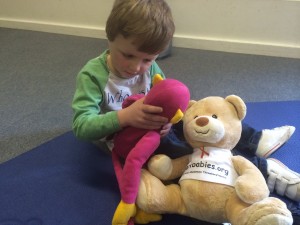 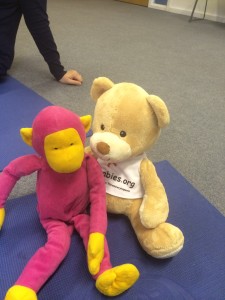 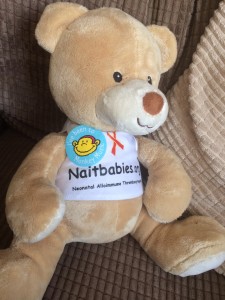 That wasn’t the end of the fun for Nait bear.  Ethan wanted to take him to Wellington Country Park where Ethan likes to go and play in the adventure playground.  Nait bear loved going on the slides with Ethan and had great fun in the soft play area. 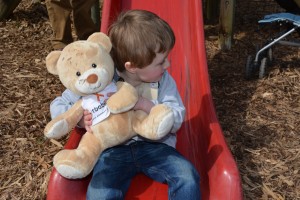 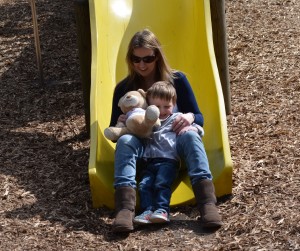 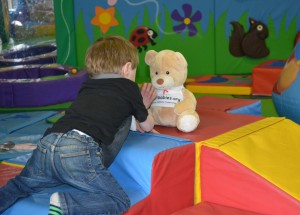 Ethan took Nait bear to the farm at the park where he met a very friendly goat.  He also met some not so friendly dinosaurs, but Ethan made sure the bear didn’t get hurt! 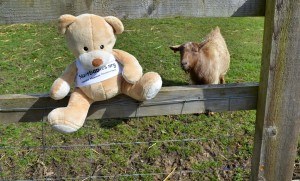 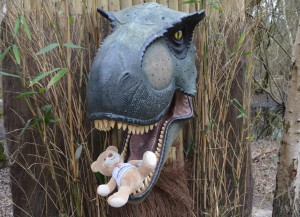 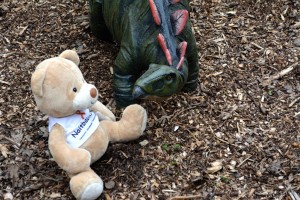 After such a busy day, Ethan thought it would be nice to take Nait bear to a relaxing tea party organised by his cousin Ellie and her friend Elena.  Nait bear and Ethan were the guests of honour at the tea party which was organised to raise money for Naitbabies.  Nait bear met lots of people and told them all about NAIT.  Everyone was very interested to learn all about it and they all bought lots of cake.

Nait bear had a few slices of cake too! 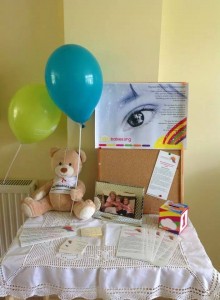 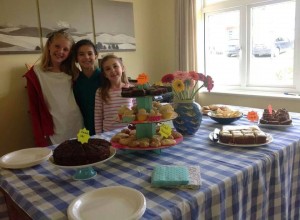 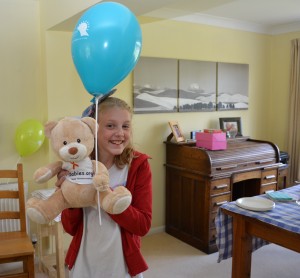 Nait bear had a great time with his new friend Ethan and he hopes to spend some time with him again soon.