Nait Bear visits with the Gianella~Alder and Flukinger Familes in Texas. USA

My Adventures in Texas!!

Well, my time here in Texas has been a total whirlwind!!  These Flukinger’s sure do keep me busy!!  I arrived on Monday, October 15, 2012 in the evening time and spent that evening getting to know Jay and Samuel.  Jay pretty much hogged me and spent the evening cuddling!! 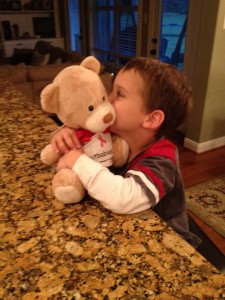 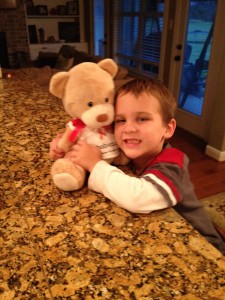 I had an experience I’ve never had before!!  I got to travel with Sarah to downtown Houston to the Medical Center area to the Gulf Coast Regional Blood Bank where she donated her platelets for the upcoming arrival of a NAIT baby!!  The proud parents were also there and the NAIT mommy, Patricia Gianella Adler was also hooked up giving platelets.  Unfortunately, she had to stop because she had low platelets herself and the doctors wanted Patricia to keep her counts high for her planned c-section.  But Patricia and hubby/NAIT daddy Mark stayed with Sarah and I while Sarah was hooked up.  It was a nice bonding session and we paused long enough to take some very special pictures! 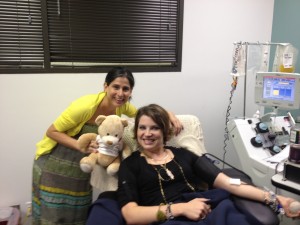 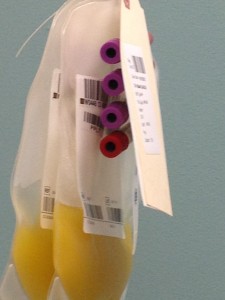 I spent Wednesday at Sarah and Jay’s school, Holleman Elementary in Waller, Texas!!  What an amazing school!!  Sarah is a fourth grade Reading teacher there and Jay is in Kindergarten.  His teacher’s name is Mrs. Godfrey and she looks just like Rapunzel!!  My, her hair is so beautiful!!  Jay took me to all of his different stations: Writing, Reading, etc. and he even took me to meet the class pet: a guinea pig named Speedy G!  We became fast friends and even shared a cuddle!! 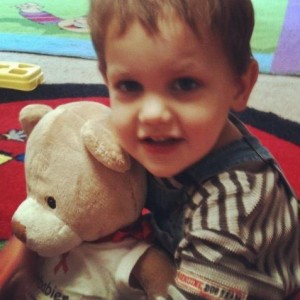 Thursday was a fun day because Samuel FINALLY got to have me all to himself!!  I attended Samuel’s school, Feels Like Home, where he goes to the Two Year Old Classroom.  I posed with Samuel and his tow-headed classmates while his teachers and directors took our pictures.  It also happened to be Picture Day!!  Samuel didn’t want to smile for the camera, but when they told Sammy-Boy to give his ol’ bear a hug, he gave me such a squeeze and they got a picture of it!!  I know his mommy and daddy will LOVE that snapshot!! 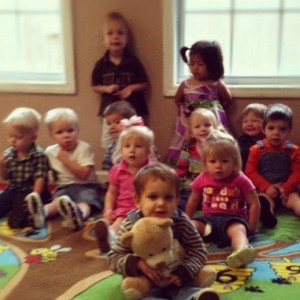 Sunday was the most amazing day thus far.  Not to say the other days weren’t just as fun, but I actually got to go to Memorial Hermann Hospital in the Texas Medical Center and meet the baby that has been in Patricia’s tummy!!  Sofia Gianella Adler was born on Friday, October 19, 2012 weighing in at a nice 5 lbs 5 oz and with a count of 78,000!!  It turns out the little miss didn’t even need Sarah’s platelets!!  She continued to make her own platelets and the cheeky girl has defied the odds!!  Sofia’s older brother, Mark Jr., suffered large ICH’s just before birth, and unfortunately, he lost his life to the terrible disease of NAIT, but we all know that little Mark was sure proud of his little sister and his strong mommy and daddy.  Cuddling with little Sofia in the NICU and taking piccys with Patricia, Sarah, Jay, Mark and myself, well that was just the icing on the cake!! 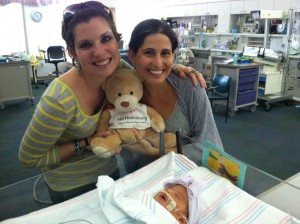 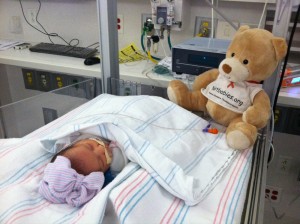 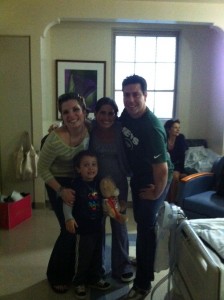 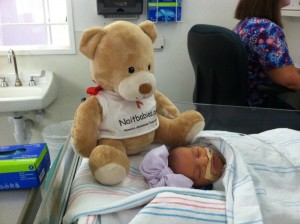