NAIT Bears Visit with the Dugan/ Hickey and Zupan Families 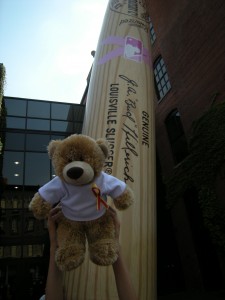 A NAIT awareness bear made a stop in Louisville, KY to be a part of very special gathering.  Angie Dugan and her sons Zachary and Trevor were able to host a visit with Georgena Zupan and her four children(Jacob, Ruth, Matthew, and Grayson).  Angie and Georgena met more than seven years ago in the yahoo group while considering having treated pregnancies.  They both did get pregnant and were able to go through their pregnancies together which created a very special friendship.  They werelucky enough to be able to have another local mom join in the fun.  Erin Hickey and her son Finn fit right into the group.  Angie noted “It’s amazing how all our NAIT survivors seem to have an instant bond!”  The NAIT bear followed them on their fun in the city

The first outing was to the Louisville Zoo.  The children had so much fun together!  Finn is not so keen on being in the photos.  The next day the big kids went for a tour of Churchill Downs and the Kentucky Derby Museum. 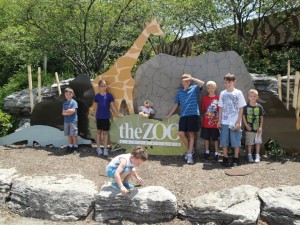 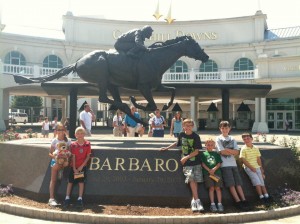 The next stop was the Louisville Slugger Museum.  We were able to see the famous bats being made and have a picture in front of the largest baseball bat in the world!!  Little Finn is quite shy so he got his own special photo w/ the NAIT bear:) 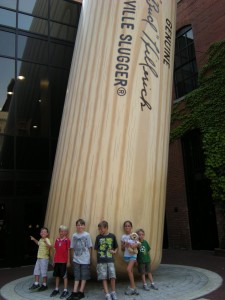 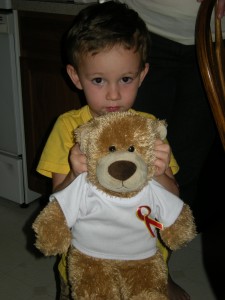 The best part was being able to celebrate the birthdays of two of the NAIT survivors.  Trevor was born July 11th and Grayson on July 13th of 2006 so it was truly a special moment to be able have a party together! 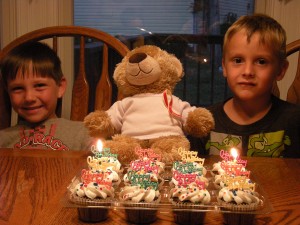 “NAIT has created a very special bond between us moms and now our children.  I feel so blessed to have them all in my life and it is an example of the unexpected blessings NAIT can bring into your life”, Angie says emotionally.