Coming up to her son Toby’s first birthday and to mark the horrendous and scary time spent in hospital for the first week of his life, Marianne Alexander, living in  Devon, England, is walking the South West Coastal path with her dad and carrying Toby in his rucksack for as much as possible!!  As well as for personal reasons Marianne is walking to raise awareness about NAIT and how important platelet donations are!!

The following is Marianne’s story ‘Living with NAIT’  published in the her local ‘Tavi Life’ magazine: 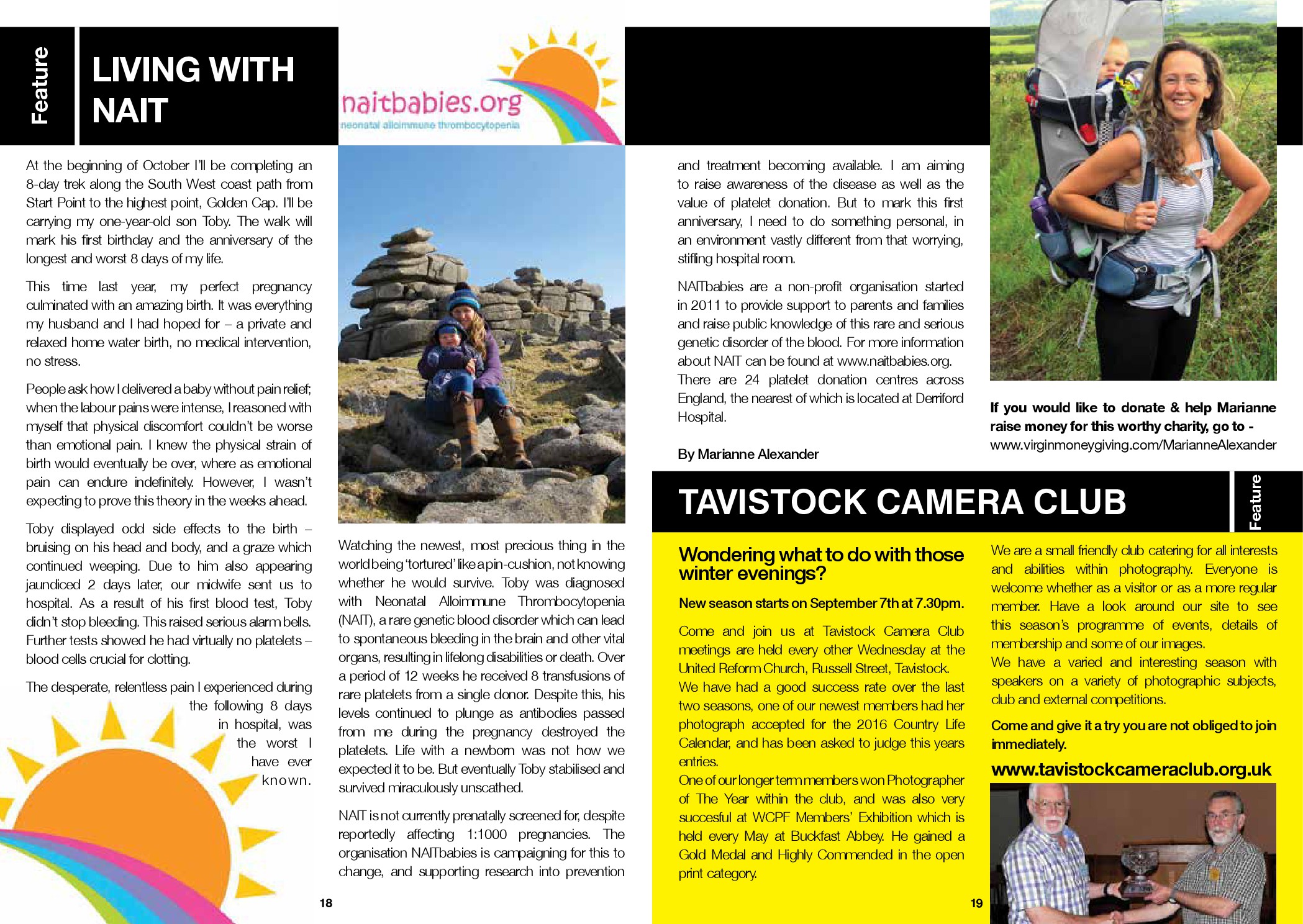 All donations are gratefully received and will be used to aid research into prevention and treatment, and to help baby’s and families with NAIT and can be made on Marianne’s Virgin Money Giving page: http://uk.virginmoneygiving.com