Our baby was born on October 11, 2016, nine days before our due date. We were so surprised for her to come early and so anxious to meet her! My pregnancy went as good as it could have gone. I had heartburn and early on felt nauseous in the evening.  Due to my scoliosis, the anesthesiologist was unable to effectively place an epidural after two separate tries. Our doctor informed us that the baby’s head was down but that I couldn’t push as the head was not centered in the birth canal.  After several more hours, I was finally able to push! It was such a relief! 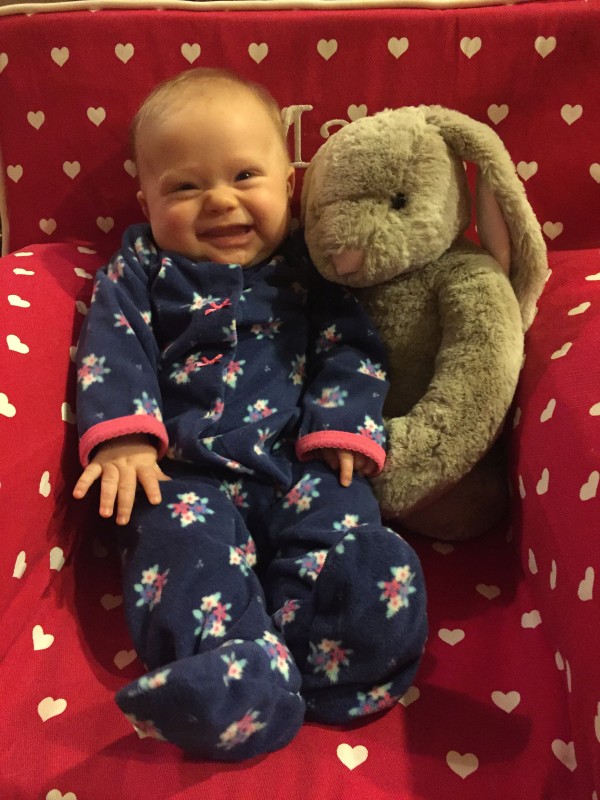 Maci Monroe Safford was born vaginally after 18 hours of labor.  She looked absolutely beautiful. Her skin was bruised though which we were concerned about. Luckily no ICH and had petechiae that covered her body.  We thought it looked odd but the nurse reassured us that it was probably birth marks. Maci’s APGAR score was 8 at 1 minute and 9 at 5 minutes.

The next morning, the neonatologist came into our hospital room and said that our baby had critically low platelet counts and they feared something was wrong. She mentioned our baby girl might have leukemia, cancer, or some type of blood disorder. We were in shock. Maci’s platelet count was at 8,000 at birth and the rest of her blood panel came back with normal ranges.  We were extremely worried and our feeling of floating on a cloud after having a healthy baby instantly came crashing down into a harsh reality that something was wrong with our baby. She seemed totally healthy, so how could this be possible?

They moved her from our room into the NICU, just down the hallway from our hospital room. Several days later, we spoke with a pediatric hematologist/oncologist that said a blood test from John and I confirmed John was HPA-1a and I was HPA-1b.  This confirmed NAIT and our baby stayed in the NICU for a week. We felt a little better knowing what it was (and nothing worse) and that they could transfuse to help her build platelets but we were still quite concerned. We were still in shock that we were going through this as we’d never heard of NAIT. The doctors all said that this was very rare and that some doctors go their entire career without ever seeing a NAIT case. They also commented on my extremely strong immune system which had always been a good thing until this happened!

She was transfused with donor platelets to keep her levels high enough and her counts were 8k, 12k, 13k, 5k, 74k, 16k, 51k, 5k and 145k. We finally received HPA1 negative platelets from the Blood Center of Wisconsin so after they transfused with this ‘special batch’, her platelet count rose to 236k, 220k, 205k, 161k, and was then discharged from the NICU after a week.

We had to come back to hematology/oncology within 3 days for additional monitoring and tests.   We continued to come in to the hospital as an outpatient to have HPA1 negative platelet transfusions twice a week and many heel pokes to test her platelet counts. Her counts remained unstable, fluctuating from 43k to12k, 124k, 55k, 35k, 204k, 56k, 26k, 112k, 33k, 149k, 72k, 78k, and 117k.  She had her last transfusion on November 5, 2015 and a week later, we received a call from our doctor informing us that Maci’s counts were 275k on her own! We were so proud! Our many prayers were answered.

The night we learned she was cleared, we celebrated by going out for dinner at our favorite restaurant.  The family at the table sitting next to us randomly paid for our meal and they had no idea that we were celebrating the great news of our daughter’s health.  We were so thankful.

The doctors said we would no longer need to worry about her and that, ‘she was out of the woods!’ We were so grateful, as donors were called in to donate specifically for Maci during this time and were flown via helicopter to the hospital for her. The Blood Center of Wisconsin was amazing and for that we remain so thankful. After all her heel pokes, both her heels remained very bruised for weeks.

We later learned that subsequent pregnancies are extremely high risk (approximately 100%) of being affected by NAIT.  I would need to undergo treatment classified at standard risk.  I later developed severe hyperthyroidism and am hoping this will resolve in time. I am a blood/platelet donor now for those in desperate need for my rare platelet type. After seeing what Maci went through, this is how I plan to help others in need.

We are so proud of Maci as she is a fighter and every day is a blessing with her. She is such a happy baby and is doing so well.  She already has two teeth, is sitting up on her own, and is telling many animated stories! Her big blue eyes and smile light up our lives every day. Our family and friends were very supportive and we are so thankful that everything worked out for our beautiful baby girl! 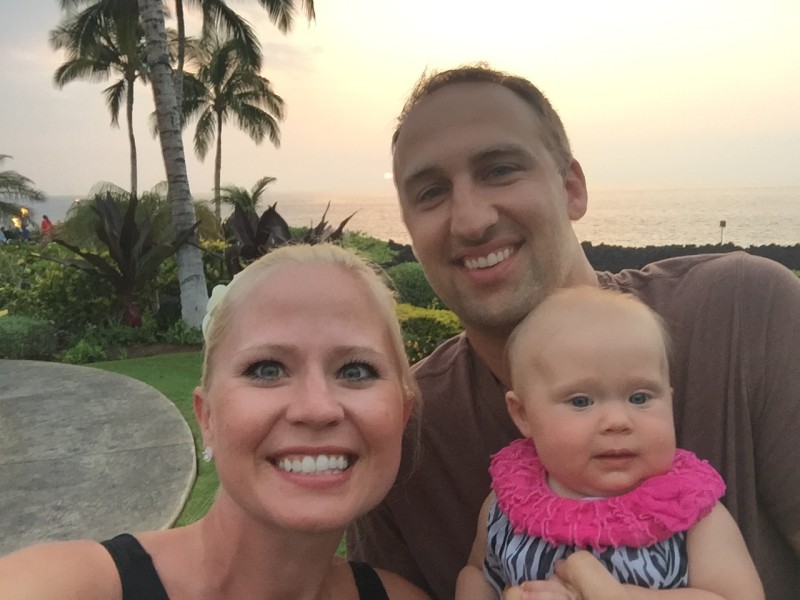