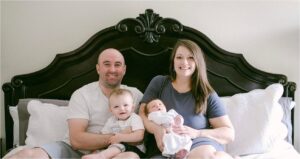 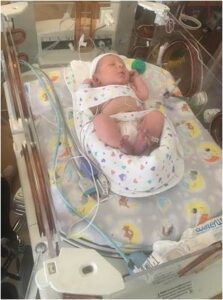 Oliver was born in Fort Worth, TX, USA on September 13, 2020. He was also our first NAIT baby, born via emergency caesarean at 39.2 weeks. (Our first son, Carter, was unaffected and we did not know we had any platelet issues). 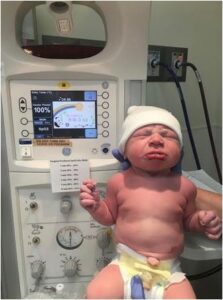 Ollie was an emergency caesarean because his heart rate dropped too low and I was dilating too quickly. We were completely unaware that he had suffered severe low platelets throughout pregnancy. He was born with 6k platelets. The doctors finally figured out he had NAIT by observing petechiae, a black middle toe on his left foot, and a CBC. 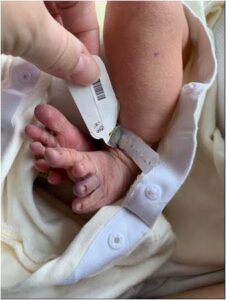 When we were informed of our newborn baby’s condition, we were completely silent and utterly confused. We couldn’t process that our baby could be suffering with the possible risks involved with NAIT, blindness, internal bleeding, etc. I lost extreme amounts of blood during our emergency C-section so it was hard for me to stay awake and stay alert while learning about the condition of our son. We thank the Lord every day for our sweet Oliver, and the emergency C-section. It was the biggest blessing in disguise for us.

After several tests and scans, the doctors never detected any bleeds in the brain or other organs, or blindness. He had 2 transfusions during his 5 day stay in the NICU, up and down on platelets, until we were finally released at 48k platelets 6 days later.

He was so strong through his journey of getting platelets checked every few weeks thereafter, with them finally rising to 340k a month after birth. We are so truly blessed with our sweet Oliver and for him to be able to continue growing into a strong little man! 💙👶🏼 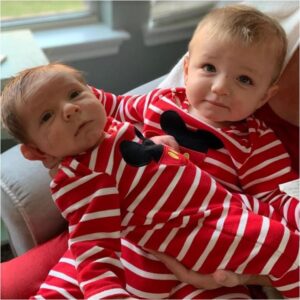