Dear Members of NAITBABIES and the community interested in Fetal and Neonatal Alloimmune Thrombocytopenia (FNAIT): 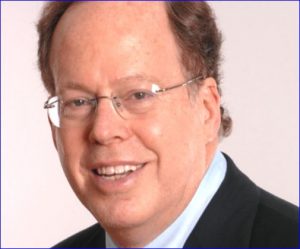 It gives me great pleasure to tell you about the progress that has been and is being made in regard to FNAIT. There are many new developments in process in the medical field that ideally will go forward and make life much better for the FNAIT community. I will describe each of the 4 developments (the last 2 go together) and then provide a short summary at the end.

Because one of the 4 companies, Momenta, was aware of this potential use of blocking FcRn, they started a study with an FcRn blocker called Nipocalimab in Rh (and Kell) incompatibility; this is the disease HDFN (Hemolytic Disease of the Fetus and Newborn) affecting red blood cells that is parallel to FNAIT in that the mechanisms are largely the same. The mother makes antibodies to something on the fetal red cells that the fetus inherited from the father because this is foreign to her.  When the mother’s IgG antibodies cross the placenta, they can make the fetus very anaemic by destroying his/her red blood cells. Furthermore, HDFN is the disease for which Rhogam can be used as a prophylaxis to prevent anti-red blood cell antibodies from being made by Rh negative mothers (more on that later).  Momenta decided to explore first the most severe form of this red blood cell disease HDFN because if a fetus becomes anaemic (for any reason), that can be detected by a non-invasive ultrasound method called MCA Doppler (the details about how to do this are not important for now). Therefore, if this experimental treatment (blocking FcRn) did not work and did not prevent anaemia in the fetus, the anemia could be detected non-invasively by this type of monitoring and the baby could be “rescued” by giving the fetus one or more transfusions of red cells.  These “intrauterine” transfusions are invasive and may result in complications in some cases, but they are the standard treatment for fetuses severely affected by HDFN to maintain their health until delivery.  The study is currently enrolling at sites around the world (See clinicaltrials.gov NCT03842).  If the study eventually shows blocking of FcRn with Nipocalimab is a safe and effective way to manage HDFN, the same strategy could be applied to FNAIT. This once a week treatment was well tolerated in a Phase 1 study in healthy volunteers and was safe in pregnant animals. It is much easier on the mother than receiving IVIG once or twice a week with steroids.

On another front, one of the current quandaries in treating a mother of a fetus with FNAIT can sometimes be to know if the fetus is HPA-1a positive or not: is treatment needed at all ? This can be determined by: the father’s typing if he is HPA-1a1a; by chorionic villus sampling (usually not done for FNAIT); amniocentesis; and even fetal blood sampling (also infrequently done for FNAIT). Technology has advanced to allow taking a tube of blood from the mother and using it to isolate DNA that comes from the fetus and thus to type the fetus for HPA-1ab status. Currently this can be done as early as 10 weeks of gestation so that if this is a critical factor in whether or not to initiate maternal treatment or prophylaxis (in the future), the results can usually be obtained (for HPA-1a) before either is needed even if both might be started by 12 weeks. Since about ¾ fathers are HPA-1a1a, this has not generally been needed as part of management. However, if the father is unavailable e.g. in the military overseas, or is HPA-1a1b, then this is a valuable tool to determine the likelihood of the fetus’ being affected i.e. did the fetus inherit HPA-1a from the father (affected) or HPA-1b (unaffected) since the mother can only provide HPA-1b).

Rallybio is initiating studies of screening and ideally, in the future, prophylaxis for FNAIT. Screening is facilitated by two developments. One, since maternal sera is routinely obtained for red blood cell typing at the first visit to the obstetrician, using the same blood sample for platelet typing has a lot of potential issues, that might make it difficult to do,  already well worked out. However, platelet typing cannot be done at every hospital, but could work if it was sent to a central laboratory. This would allow for platelet antigen typing with confirmed methodology to be performed on a large scale setting with high through-put. If screening were to be performed, this would be terrific for being able to identify those at risk.

Screening to determine who is to be given NAITgam prophylaxis is very important because not all HPA1-b1b women are at equal risk of having an affected, thrombocytopenic fetus.  That is because only 1 in 4 women carry a molecule called DRB3*0101 on their immune cells which is tied to the likelihood of making anti-HPA-1a antibodies.  Therefore, if you are a woman with HPA-1b1b, knowing if you also have DRB3*0101 tells you if you have a greater chance of developing anti-HPA1a antibodies and thus potentially have an affected fetus.  The 3 of 4 women without DRB30101 have an extremely low risk of making anti-HPA1a antibodies and the few women who do make antibodies likely have levels too low to affect the fetus’ platelets.  Therefore, we believe that this form of screening can really hone-in on the 1 in 200 women who are at risk and could benefit from prophylaxis instead of only identifying the 1 in 50 women who are HPA-1b1b, but who are not all at-risk of having an affected fetus.  Bottom line: refining the risk is very helpful.

When we then look at mothers who are at risk of having a fetus with FNAIT (HPA-1b1b and have DRB3*0101) how often does the mother make anti-HPA-1a antibodies?  It probably happens 1 out of 3-5 times so perhaps a total of 1 in 1000 women actually make anti-HPA-1a antibodies. Fortunately, in most of those cases, the fetal/neonatal thrombocytopenia appears to be relatively mild and often not very clinically important.  So while we would know after their pregnancies, that these did not necessarily need prophylaxis to prevent fetal disease, we cannot tell early in pregnancy in whom we need to give prophylaxis to decrease the possible risk.  Furthermore even if a mother might not make much antibody the first time around (if she is exposed to fetal platelets but only makes a small amount of antibodies), she may make a much larger amount in her next affected pregnancy so prophylaxis to prevent her from ever making antibodies could well be useful in such a mother as well. Therefore, prophylaxis in this small (1/200), high risk group of women who are HPA-1b1b and DRB3*0101, if effective, would very likely lower the possibility of developing FNAIT.

Suppose in the future screening were to be instituted so that all women in the United States at their first visit to the obstetrician would be screened for FNAIT by platelet antigen typing. What might happen if they were to be identified in this 1 in 200 category?  A tentative plan would be that NAITgam, a new, still early investigational equivalent to Rhogam, would be developed. There are major leaps of faith involved in this plan.

One leap of faith is that NAITgam or another prophylactic agent would work the way Rhogam does because, to be completely honest, we are still not sure why/how Rhogam prevents the mother from making her own antibody to the fetal red cells. Another leap of faith is that any woman who is HPA-1b1b and has already made anti-HPA-1a because she had a baby with FNAIT could be a candidate to provide their plasma (the liquid part of the blood) in order to make NAITgam. Both of these are likely assumptions but not really known:

What is very exciting about all of this is that these possibilities are actually in motion and could come to fruition in the coming years. Testing for cell free fetal DNA to know if the fetus is affected is now available and, as indicated above, blocking transfer of maternal IgG to the fetus is in trial.  Background work to institute screening for HPA-1ab status is underway and studies for development of NAITgam may also be beginning.

Of course, there are many issues connected with developments like this that make them very easy to talk about but very hard to accomplish. Also, as the COVID19 era has made clear, antibodies can be very complicated and studies are difficult to perform at this time. As they say, the proof will be in the pudding. However, it is exciting to know that these are all real possibilities and that they might happen in the next few years not in the next few decades.