On 12th and 26th April Dan Hughes from Portsmouth, Hampshire, will be taking part in both the Brighton and London marathons just two weeks apart!!!!

Dan’s sister and brother in law, Laura and Rob Brown’s daughter Amelia was born with only a 7,000 platelet count due to neonatal alloimune thrombocytopenia. Amelia suffered a brain hemorrhage due the destruction of her platelets, she’s now four and doing well.  Normal human platelet count ranges from 150,00-450,000.

Dan’s London and Brighton Marathon update statement and photo’s: “Both marathons completed. A PB of 3:57:07 at Brighton and then smashed that yesterday in London 3:54:30. I am on a massive high right now. 2 sub 4 marathons back to back. I am drained now. Still, it’s all made worthwhile as we have raised over £1000 for NAIT babies. I am so so thankful to every single person who has donated. You are all awesome. Thank you to everyone who came to watch me, Heather, Laura, Rob, Liam and my celebrity coach Kenza, but most of all, my awesome wife Lindsay who managed to drag two hyper boys around Brighton and London. I think I had the easy job of running 52.4 miles!!”
A HUGE thanks from us all at naitbabies Dan, we were trying to spot you on the telly!!!  🙂 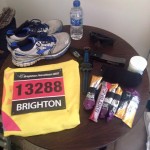 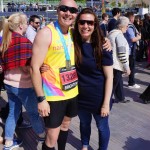 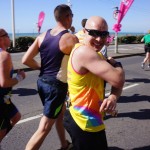 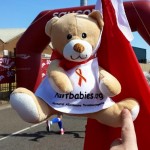 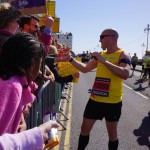 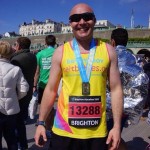