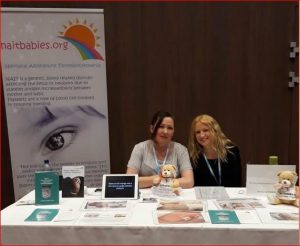 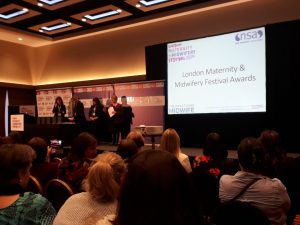 On February 13 we held a stand at the MMB Earl’s Court event in London. Manned by NAIT mums Stacy Corke and Heidi Stone, also a qualified midwife.

Our stand was visited by numerous midwives, none of whom had heard of Fetal and neonatal alloimmune thrombocytopenia or realised that the visible signs such as the pinprick rash of bleeding under the skin (petechiae) were in fact signs of dangerously low platelets. They agreed that these signs, if mild,  would have been passed of to mothers as ‘bruising due to birth trauma’.