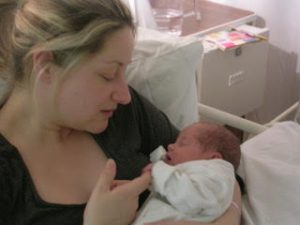 After two miscarriages we fell pregnant with Ruby. It was a great pregnancy until the end when I began having strange symptoms and was diagnosed with Obstetric cholestasis.

Ruby was born in Nov 2011 by C-section. We were ecstatic!

The next day a midwife asked if she was a forceps baby, when I replied “c section” her face fell and the next thing I know ruby was whisked away! She was covered in bruises all over her tiny body, even here palate was bruised. Doctors carried out tests on her and found her platelets were 8K. 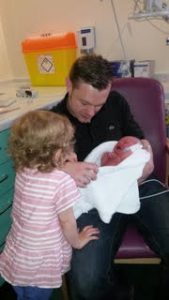 NAIT was eventually the diagnosis.

She was taken to SCBU and over the next nine days was given three blood and two IVIG infusions. We were numb and naive. The doctors told us she was poorly and I remember saying “yes, but she’ll live?” No reply. It hit me like a train.

She was taken for US scan the doctor who carried out the scans didn’t say much but I later saw her upset. Another US was set up and we were told unfortunately ruby had suffered two ICH’s causing large bilateral cysts in her tiny brain.

She was transferred to Edinburgh sick kids’ hospital where we met more amazing doctors and nurses. Staying there was a wakeup call to what we were told to expect. Seeing a ward full of neuro patients was humbling and devastating all at the same time. Our Nuero Consultant was so great with us and still is in our lives to this day.

Ruby eventually got home but we were told she wouldn’t do much for herself at all. That time was and still is horrendous, happy she was alive but mourning our healthy child. She received lots of input from physio therapists and a great team. Despite everything. She learned to crawl, then walk, then talk!! She defied everyone and lives a full and happy life. Our Nuero still calls her the miracle child! She continues to have regular checks/MRI etc. but she is thriving. With very minor issues.

We were told we were in the 100% group for NAIT and thought long and hard about more babies…In 2014 after 20 weekly infusions of IVIG Scarlett was born. With low platelets and a few infusions but healthy and no bleeds! 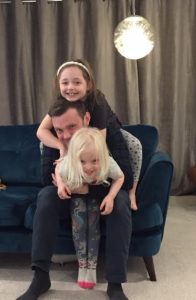 Ruby is now seven and bubbly sweet and kind, she knows her story and how grateful we all are. Scarlett is a four year old feisty, funny dancing queen who never stops.

Love and appreciate my two NAIT babies every day.