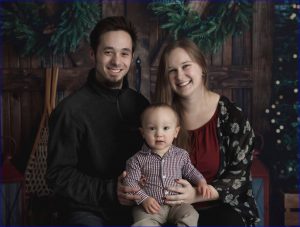 I was 32 weeks pregnant, and until that point, everything had been going absolutely perfect. Every check up with the OB was going great! Baby was growing well, moving well, tests all came back good. One day, I was enjoying a Subway sandwich, when I felt like I had peed myself a bit… I was really embarrassed, so I ran into the bathroom to clean myself up, returned to my lunch, and it happened again. It got to the point where I couldn’t walk 2 feet without feeling like I was peeing. I had made the decision to go to the ER, and sure enough, it wasn’t pee. My water had been leaking… the nurses immediately took me to the maternity ward and had me hooked up for monitoring. The hope was to keep a close eye on baby and wait for him to decide it was time. 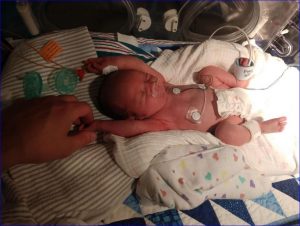 I stayed in the hospital for a little over a week before my contractions started up. Within 4 hours of my first contraction, my son was born at 33 weeks on June 11, 2018 at 1am, weighing 4lbs 10oz. The doctors immediately took my son to the NICU to run tests. I didn’t get more than 5 minutes to see his face. I was exhausted, and when they cleared me to return to my room, I quickly fell asleep. 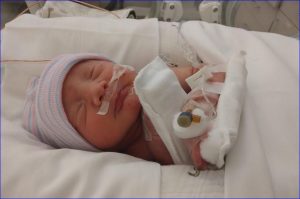 I was woken up about 2 hours later to a nurse from the NICU asking me to sign off on an emergency transfusion. I had no idea why or what for, I was half asleep. I signed the papers, and went back to sleep. The next morning, as early as I was able, I went into the NICU to visit my baby for the first time. That’s when I was told, my son had concerningly low platelets.

The first tests they ran showed platelets were at 8,000. That morning, after the platelet transfusions I had signed off on in the middle of the night, they ran tests again and his platelets has dropped even lower to 5,000. The nurses and doctors had no idea what was going on. They prepared me for the worst, and I honestly thought I would lose my son. 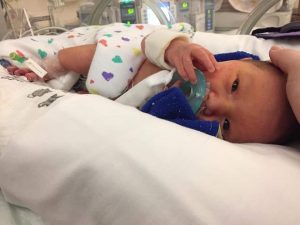 I will never forget the nurse’s name who became my saving grace; Evelyn. She had mentioned to my husband and I that she had read something once in her free time about a condition called NAIT. The doctors in the NICU had never heard of it and cautioned her about getting our hopes up. She quickly started in on more research, using the naitbabies website, and found out how and where to have my husband and I tested. We had our blood drawn and sent to Seattle to be tested. It took a day or two to come back, but it felt like weeks. And sure enough, results came back showing that we had not only one incompatibly but two; HPA 3 and HPA 5. Before we had even received our diagnosis, the doctors went ahead and started IVIG treatments for my son, not knowing what else might work. After the diagnosis, they increased his dose and we slowly started to see his platelets rise, then fall. Rise, then fall again. It was discouraging… But after about 14 days, my son’s levels finally started to stabilize. He was my miracle baby. 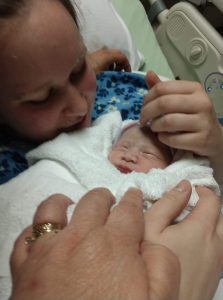 After all of that, we had met with our Ob for a follow-up appointment. We had explained everything we found out in the NICU. She, of course, had also never heard of NAIT and had no idea how to move forward. We were essentially told that if and when I got pregnant again, she would refer me to a specialist, and that was that. I never read anything more about NAIT. I didn’t think I needed to concern myself with it unless I ended up pregnant again…. Well, fast forward almost 2 years, and my husband and I made a bit of an oopsie. We found out we were expecting again. I immediately went into a panic, remembering everything I had gone through with my son. I started reading more about NAIT on the naitbabies website. I read stories from all the mom’s around the world. I joined the Facebook group, and I soon found out what treatments for my next pregnancy would entail.

I was in my very first year of teaching at a brand new school, and to hear about weekly infusion treatments, that would require me to drive 300 miles to the nearest infusion center, was very overwhelming. But, we started the process. Now, I’m 29 weeks along, I’ve been receiving IVIG treatments since 20 weeks and things seem to be moving along fine. My baby girl is growing well, and monthly ultrasounds have shown no sign of bleeding so far. For now, we anxiously wait for our baby to make her appearance. I would not be able to handle everything that’s been thrown at me this year, if it wasn’t for the fantastic support I receive from all the mom’s and families on Naitbabies. I’m forever grateful. 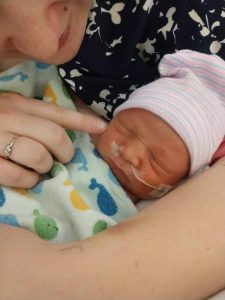