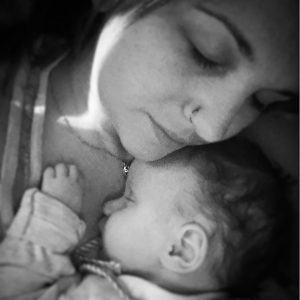 I had an absolutely fantastic pregnancy, baby was healthy, no morning sickness or cravings (except on a Thursday when my little one didn’t like bananas, but only on a Thursday!). However we went through some loss in the family, my husband’s Grandmothers cancer returned and it was terminal. In August she was taken into hospital and we wanted her to find out what we were having and possibly join us at the 4d scan to see her first great-grandchild, but due to the cancer in her brain, liver and bones she was too sick to join us for the appointment where we found out we were having a little boy, perfectly healthy except for hiding his face so we couldn’t get a good picture! She was absolutely over the moon! In October she passed away and was unable to meet our gorgeous boy.

On 27th November at 10am I started having contractions, made it through the day but phoned my hospital late that night and they asked me to come in, I was examined and only 1cm with ‘the show’ visible. At 4am on 28th the pain increased but the hospital told me to stay at home and make myself comfortable. I took a bath, bounced on my ball and had my hot water bottle attached at all times! I hadn’t realised my waters had broken, and after several calls to the hospital during the day, my husband Stephen, rushed me to my hospital at 7.30pm where I was checked and the midwife found there to be meconium in my water. I was booked into a midwife lead unit so I needed to be 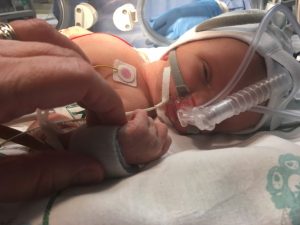 transferred to another hospital, Stephen had to follow the ambulance. Hooked up to the monitors, my little boys heartbeat was dropping with contractions but I told Stephen this was normal until he seen the babies heartbeat wasn’t coming back up again, he informed the midwife. I was rushed for an emergency section and our little star was born at 23.16 on 28th November 2016, 3 weeks early, he was taken to ICU. Before I was taken to my ward I was wheeled round to see him but couldn’t hold him, Stephen got to touch him first, he was covered with wires and needed help to breathe. 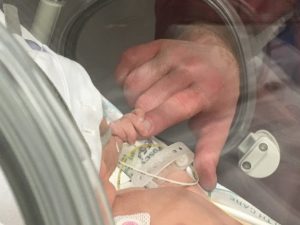 Later that day we were allowed to see him but the doctors also wanted to talk to us, he was the absolute best little baby and I couldn’t believe my luck, little Jaxon Denvir Craig Cummings was in our lives! After short cuddles the doctors called us to a tiny room, as I still coming off my meds I wasn’t feeling too good. I can remember very little from the conversation, NAIT was maybe mentioned but all I kept hearing was two strokes and brain damage, I felt so sick. Had I caused this? Did I do something wrong during birth/pregnancy? Should I have been in the hospital sooner? How did I not know there was something wrong with my baby? The list was endless of the questions and blame I put on myself.

No one in the family understood what was happening just like Stephen and I. We had made this beautiful little boy and he would get help and be ‘normal’.

After taking bloods from Stephen and me, we found out we are in fact a mismatch and it was confirmed Jax is a NAIT baby. The blood transfusion service told me I was part of 2% of the 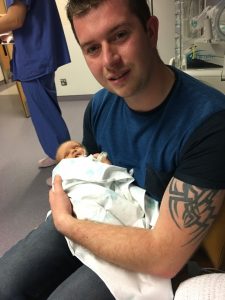 population to have my platelet type and it has only been seen a few times in Northern Ireland.

The doctors had ordered a platelet transfusion, a donor was found nearly 200 miles away, his count was down to 24k. After the transfusion they steadily rose and peaked in the 500’s so the doctors were happy this was resolved but this wasn’t the end for him.

Jaxon was sent for an MRI 3 days after birth and it was discovered that the left side of the brain has a cyst and a significant bleed, he had suffered two strokes pre-birth and 2/3rds of the left side is now either missing or damaged. Jax is a 1 in 10,000 baby as he has had a bleed to the brain (a real living miracle to us).

He was also struggling to feed and was kept on his feeding tube for 4 weeks but nothing would help. He started at 15ml but was dropped down to 6ml per feed at one point, he was constantly being sick. Eventually this rose to 50ml but he was still being sick. After 5weeks in HDU the doctors ordered an 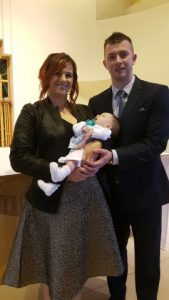 X-Ray and found Jax also had significant reflux but as long as his weight increased that week he could go home and just needed to be kept upright. So after spending his first Christmas and New Year’s in hospital Jaxon got home on 6th January 2017!

Since arriving home his head circumference has been monitored with measurements, MRIs and ultrasounds on his brain. On Tuesday 21st March the doctors found his head to be above the 96th centile therefore urgent surgery was needed to have a shunt fitted, a CT scan showed the fluid is was pushing the right side of his brain too far over causing pressure in his skull. The shunt would hopefully drain away the fluid on 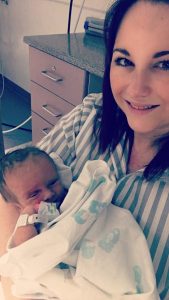 the brain and give Jax the best quality of life possible, without it we just couldn’t bear to think what could happen. Without the shunt he only had 20% chance survival. Jax was taken in on Sunday 26th March (my first Mother’s day), after fasting for 17hours he had his surgery the next day. Doctors were happy with his progress and we were sent home on the Wednesday.

With continued support from the neurologist, occupational therapist, physio and speech and language he will thrive! Anyone that has seen either by meeting him or pictures says he is so bright and beautiful little boy who has made so much progress so far, he is our little star!! 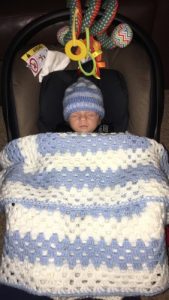