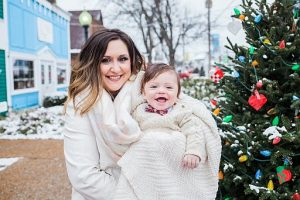 In August of 2014 we were due with our first child, a boy. Everything about my pregnancy went according to planned. I was within normal ranges for weight gain, blood pressure and sugar levels were all normal, everything was a breeze! When I went into labor 2 days before my due date, we were elated to welcome our bouncing baby boy, Logan, into our family earlier than anticipated. 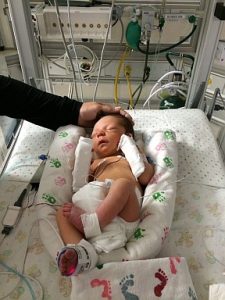 The first day went relatively normal for us. Family and friends came by to say hello and meet our new family member and put a face to the little human we’d waited so long to meet. We showed him off and held him as much as we could, soaking in our time as new parents.

The day after Logan was born, I noticed that his hand would move in a circle while he laid on my chest. When I held his hand, this did not stop. His hand continues to do circles and the movement was incredibly rhythmic. As this was my first child, I chalked it up to being “infant stuff.” Thankfully, my husband was more clear headed than I at the time and had the presence of mind to ask a nurse. By the time our nurse had come, Logan’s rhythmic movements were no longer moving his hand, but affecting the entire right side of his body. His arm and leg would twitch together in tandem, perfectly timed. The nurse calmly left the room and came back with a team of NICU doctors. They assured us that they just wanted to observe Logan for a bit.

Due to the setup of our hospital, when the doctors left our L&D room, they had to use an indoor pedway to go from one hospital building to another. We saw the team of doctors that had just taken our son running as fast as they could over this pedway. We knew then that they weren’t just “observing” Logan.

We were escorted down to the NICU a few hours later. No one could have prepared me for what I was going to see. My perfect, fragile baby boy was hooked up to needles and tubes in every arm and leg. There were machines going off every second, notifying us that there was constantly something alarming going. When I close my eyes, I can still hear the sound of those machines. I can almost smell the sterility of the room.

I remember asking one of the nurses, “What does this mean? How long will he be here?” I couldn’t focus. Nothing made sense. I was in a post-birth fog. All of the plans I had made were thrown out of the window. Neurologists, Neurosurgeons, Infectious Disease Doctors, Residents, Hematologists, Charge Nurses, NICU nurses, all of them were consistently poking and prodding and asking us questions – none of which we had an answer to. EEG’s, ultrasounds, MRI’s, antibiotics, blood draws,  all forms of constant treatment.

At that moment, what we knew was: Logan was born with a massive bleed on his brain that took up the entire back left quadrant. The blood on his brain was causing consistent seizures, affecting the entire right side of his body. His platelets were at a count of 3k. As normal humans, we were told, your platelet counts should be anywhere from 150-400k. Logan had nothing to clot his bleeding, so he started to spontaneously bleed in his brain.

The next 17 days were a roller coaster. I wasn’t allowed to hold my new baby until he was 10 days old, for fear that it would cause another bleed. Something a NICU mom knows is that for every step you take towards the finish line, you inevitably take 2 steps backwards. It’s hellish, and something that no one is prepared for until they’ve been thrust into it. 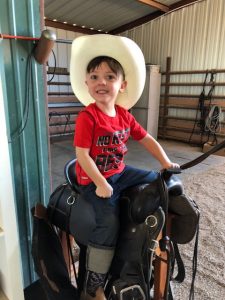 Over the almost three weeks that he was in the hospital, Logan went through several rounds of IVIG infusions and platelet transfusions.  It took the doctors nearly 10 days to fully diagnose his symptoms. While we were eventually able to bring him home, we did have to go back to the hospital every day for several weeks so the doctors could test his platelets. For over a year after he was born, we would go back for monthly checkups with his neurologist.

Logan is now 3.5 years old and has had no lasting effect from his bleed. In June of 2017 we welcomed our second son, Landry, into our family. While my second pregnancy was treated from the beginning, we had a better working knowledge of NAIT and how to manage it. My husband and I are incredibly blessed to have these boys in our life. While treatment was difficult, I would do it again in a heartbeat – they’re worth every poke and every infusion. 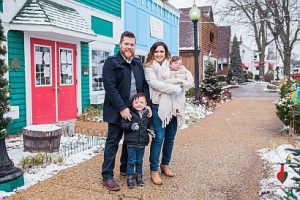